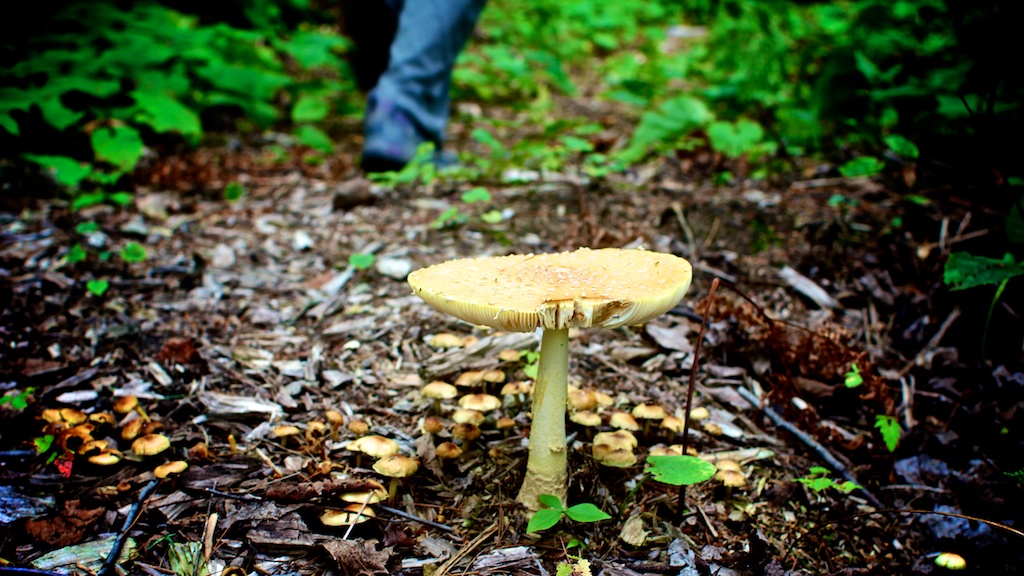 Climbing and Hiking in Lanaudière

I’ve wanted to go climbing in Québec ever since my attempt at a climbing weekend failed spectacularly back in 2009. Previously, I had attempted to lead my friends Erin, Magdalena and Geoff on a trip to climb Mont Orford in southern Québec, which failed when we discovered, after three hours of hiking all over the mountain with a full climbing gear ensemble, that the cliffs at Orford were seasonally closed for peregrine falcon nesting.

This time, three years later, it was just Erin and I, now dating. I was determined not to be deterred by wildlife again, and made sure to source every official park website and climber forum for news about wildlife before leaving. With fewer people, we decided to head further into Québec, going north through Montréal and up into the Lanaudière region to climb at a small crag called Montagne du Tranchant.

We left Wednesday morning, driving north through the late summer northeast mountains and through the Saint Lawrence flood plains around Montréal, leaving English and US Imperial units behind. We stopped for groceries at a small exurb north of Montréal, where English was clearly not the first language of most, and I had to go through the mental exercise of translating ounces into grams (hint: it’s 455 grams per pound).

Outside the Subway where we stopped for dinner, a québequois asked me about my car. I started answering him in french, and he even responded, but my vocabulary quickly reached its limits, and I ended up trying to pantomime “good miles per gallon” through awkward franglaise. More awkwardness was had inside Subway when Erin’s Nevada accent came out in full force while trying to pronounce épicé to get the correct sauce on her sandwich. Québequois do not understand “Eepeese”.

We made our way further north the village of Sâint-Côme, to Chez Roger l’Hermitage, our campground for the next three days. The campground was actually one campsite and four cabins. The owner had built a few cabins on his land and a single rough campsite. His version of rough and mine differed, however, as the campsite had a raised platform for the tent, a dedicated fire pit, a fully-stocked wood pile, a private bathroom (well, portable composting toilet), and absolute seclusion at least a quarter mile from any other cabin, road or house.

Thursday, we drove to Mont Tranchant with the top down on my car; some of the leaves were already starting to turn this far north and the air was crisp with Fall. We hiked to the cliffs, a short approach, and even met another group already up there.

The crag had the atmosphere and height of Crow Hill outside Boston, except twice as long, but with a granite rock similar to the Gunks in New York. Also, it was mostly sport climbing. Some trad, and a good amount of ice in the winter, but most of the rock climbing was bolted.

The first climb of the day was named “Chomosomes X”, an 80ft 5.7 sport route up a dihedral on the left side of the cliffs. It was a beautiful, easy warmup, mantling up blocks of granite. At least, until about halfway up, when I first met the wasps.

A giant wasp, easily an inch long, had decided the perfect place to rest itself was on the next hold I needed. I’m not a big fan of wasps; I have literally thrown myself off the side of cliffs previously to avoid confrontation with them, and this new challenger seemed determined to keep his hold on my hold despite my best efforts at scaring him away. So determined was he, that he called in backup. Another wasp appeared to my right, about two feet away, and then another. The two newcomers started wrestling on the wall to figure out who would be closer to me. A few more appeared.

Given my general avoidance of wasps and past policies of appeasement, I hung out on the wall for about ten minutes, trying to figure out how to continue, before finally acquiescing the route to them. I just didn’t want trouble, but I could tell staring into their bloodthirsty eyes that they wanted a fight. I down climbed the route, with Erin’s laughter ringing through the valley.

The next day, after the harrowing wasp attack, Erin and I explored the area around the campground. Our site was situated right next to Parc régional de la Chute-à-Bull, and we were able to hike into the park from our site.

There were many scenic overlooks, and a beautiful waterfall, but the highlight of the trip came as we were returning to our campsite after hiking all day. We stopped at the fire pit of another spot, a tree house cabin, and met a fox prowling around for food. 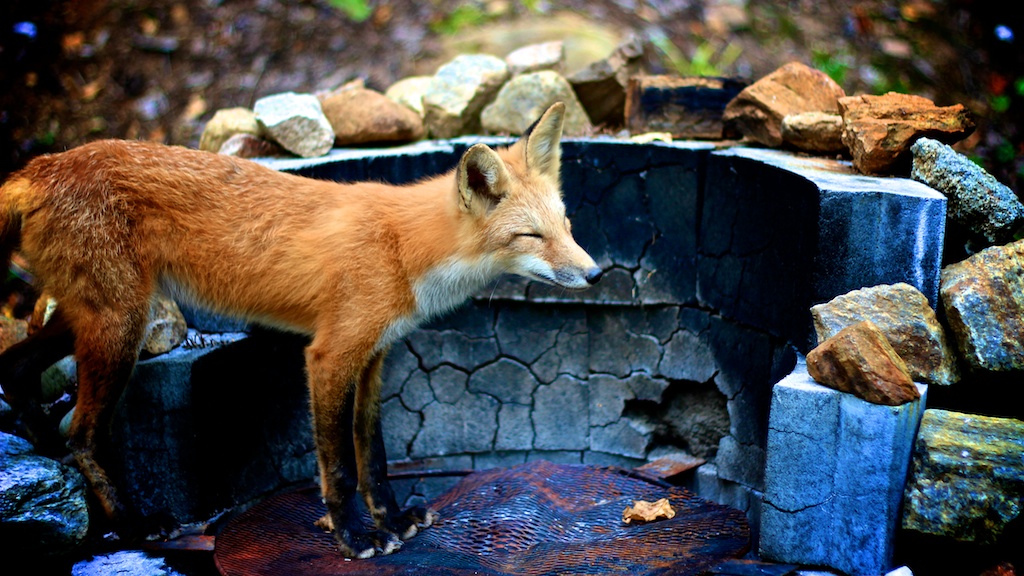 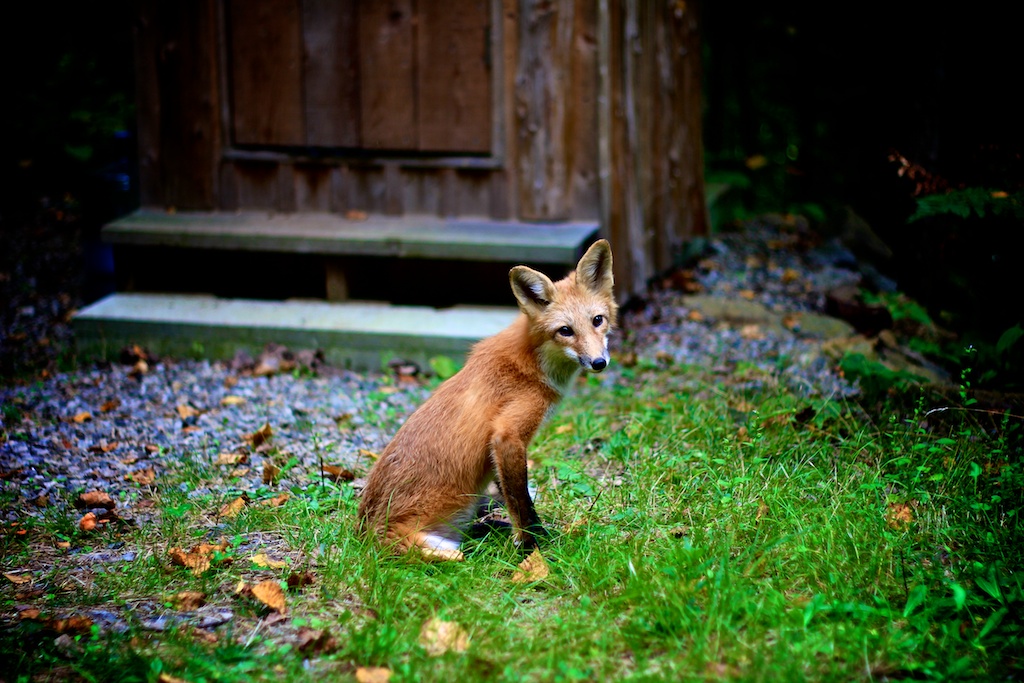 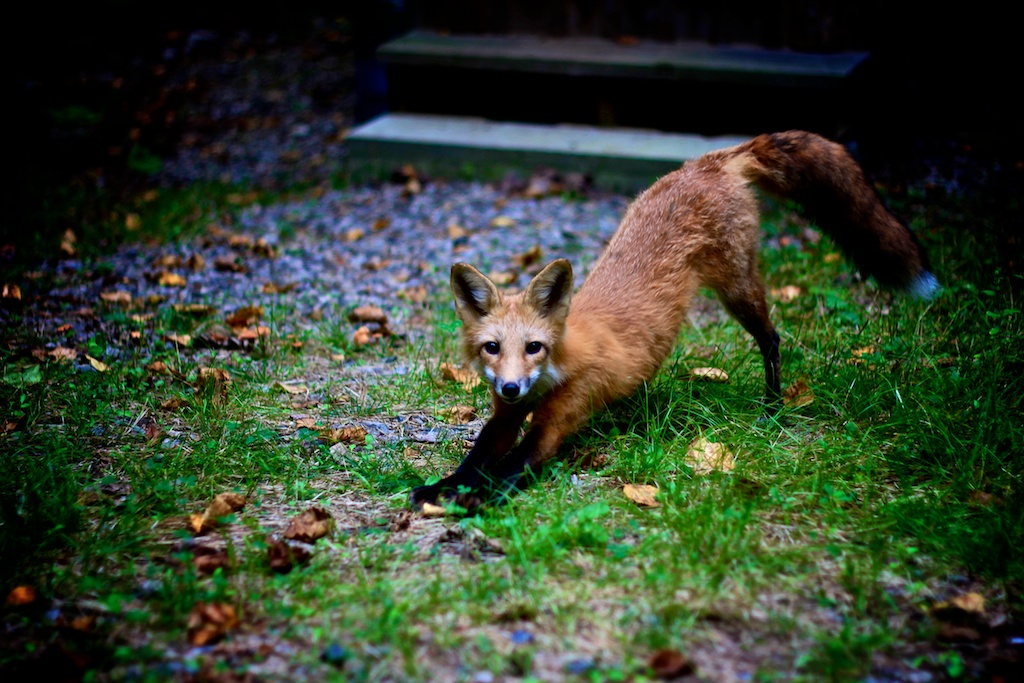 He was cautious of us at first, but soon he grew to like us after we sat quietly on a picnic table a short distance from him exploring for food in the fire pit. As we got up to leave, he started following us down the trail. He would hide behind bushes and rocks, but wouldn’t let us get out of sight. He ended up following us all the way to the campground’s Welcome Cabin, where he was distracted by the proprietor’s henhouse.

Daniel Bostwick is a software developer and principal engineer at Cantina, a digital design and development agency in Boston where he helps clients big and small develop scalable, performant systems. Outside of work, you can find him hiking and climbing in the white mountains.